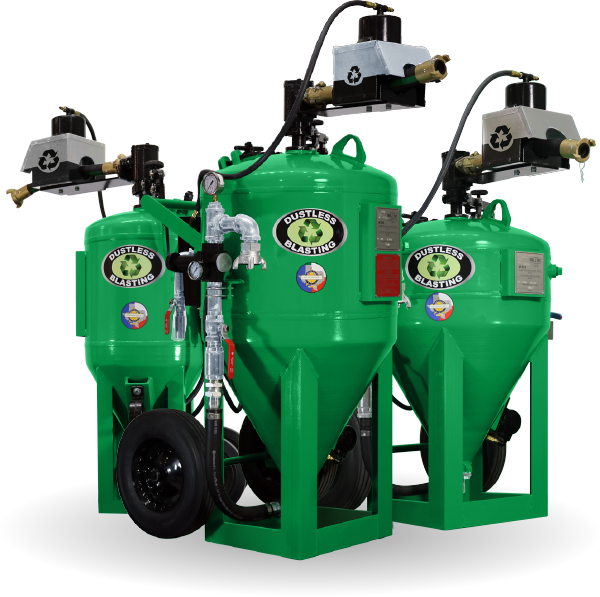 Introducing our newest and most advanced blasting technology.
See the future of surface preparation.

"It's the real deal! Never have I seen paint, powder coating and even chrome get stripped as fast as it did."

More patents
The company had formed in Fresno, California as Myers Welding & Fabrication. In that same year, Bill Myers received a patent for the critical piece of the sandblasting technology — the control valve — and from there, the company took off!
Bill Myers received yet another patent on the wet head adapter in 1955.

First use in commerce
Dustless Blasting® equipment is first used in commerce, with patent pending.

Made in the USA with pride.

Since 1941, MMLJ has been pioneering abrasive blasting equipment. Proudly made in the USA